Captain Terry Lutz
This email address is being protected from spambots. You need JavaScript enabled to view it. 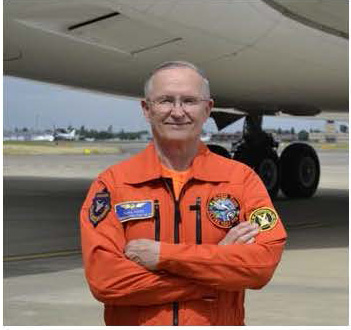 Captain Lutz has degrees in Aerospace engineering from the University of Michigan and the University of Dayton.   He served as a USAF fighter pilot with a follow-on assignment as a test program manager during full-scale development of the F-16. While working as a USAF A-10 production test pilot in Hagerstown, MD, he was selected to attend the USAF Test Pilot School, and later served as a test pilot instructor. Captain Lutz joined Calspan Corporation, flying the variable stability NT-33 and Lear 24D in the role of instructor pilot for students at the USAF and US Naval Test Pilot Schools. He continued military service with the New York Air National Guard, flying the F-4 and F-16.   From 1989 to 2006, he was a pilot at Northwest Airlines and flew as Captain on the DC-9 and A320. Serving as an ALPA air safety committee member, he evaluated and reported on the FBW designs at Airbus, Boeing, and Embraer. In the context of airline flying, Captain Lutz tested CFIT avoidance and counter-terrorist maneuvers in Airbus and Boeing FBW aircraft, and steep approaches in the A318 and EMB-170. In 2006 he was hired as an experimental test pilot at Airbus in Toulouse, France, and has flown all models in the Airbus family, including the A400M. Most recently, he participated in development of sharklets for the A320 family, was Captain for first flight of the Trent XWB engine mounted on the No. 2 pylon of an A380 flying test bed aircraft, and he flew early development flights in A350. He retired from Airbus in late 2013, and continues as a consultant to Airbus in the role of flight test safety advisor. He is currently engaged in flight testing the Silvercrest engine for SNECMA, utilizing a Gulfstream II aircraft as a flying test bed. Captain Lutz has more than 15,400 flight hours in 154 different aircraft.